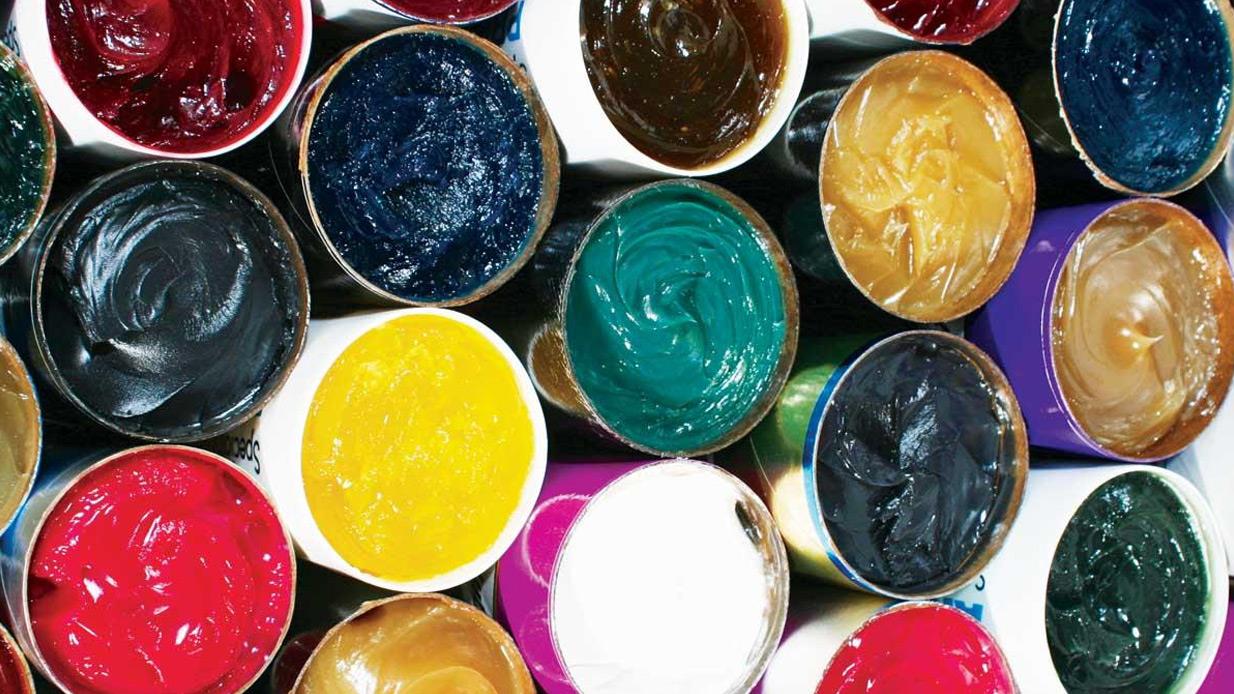 The American Society for Testing and Materials (ASTM) defines lubricating grease as: "A solid to semifluid product of dispersion of a thickening agent in liquid lubricant. Other ingredients imparting special properties may be included" (ASTM D 288, Standard Definitions of Terms Relating to Petroleum).

As this definition indicates, there are three components that form a lubricating grease. These components are oil, thickener and additives. The base oil and additive package are the major components in grease formulations, and as such, exert considerable influence on the behavior of the grease. The thickener is often referred to as a sponge that holds the lubricant (base oil plus additives). By adding the proper grease to your maintenance routine, you guarantee your facility is operating at peak performance.

Most greases produced today use mineral oil as their fluid components. These mineral oil-based greases typically provide satisfactory performance in most industrial applications. In temperature extremes (low or high), a grease that utilizes a synthetic base oil will provide better stability.

The thickener is a material that, in combination with the selected lubricant, will produce the solid to semifluid structure. The primary type of thickener used in current grease is metallic soap. These soaps include lithium, aluminum, clay, polyurea, sodium and calcium. Lately, complex thickener-type greases are gaining popularity. They are being selected because of their high dropping points and excellent load-carrying abilities.

Nonsoap thickeners are also gaining popularity in special applications such as high-temperature environments. Bentonite and silica aerogel are two examples of thickeners that do not melt at high temperatures. There is a misconception, however, that even though the thickener may be able to withstand the high temperatures, the base oil will oxidize quickly at elevated temperatures, thus requiring a frequent relube interval.

In addition to these additives, boundary lubricants such as molybdenum disulfide (moly) or graphite may be suspended in the grease to reduce friction and wear without adverse chemical reactions to the metal surfaces during heavy loading and slow speeds. The function of grease is to remain in contact with and lubricate moving surfaces without leaking out under the force of gravity, centrifugal action or being squeezed out under pressure. Its major practical requirement is that it retains its properties under shear forces at all temperatures it experiences during use. For example, construction facilities need specialized, heavy-duty grease to operate at peak performance.

Grease and oil are not interchangeable. Grease is used when it is not practical or convenient to use oil. The lubricant choice for a specific application is determined by matching the machinery design and operating conditions with desired lubricant characteristics. Grease is generally used for:

As with oil, grease displays its own set of characteristics that must be considered when being chosen for an application. For example, if you work in a high-pressure environment, more of your lubrication needs would be met with a heavy-duty grease. The characteristics commonly found on product data sheets include the following:

Pumpability is the ability of a grease to be pumped or pushed through a system. More practically, pumpability is the ease with which a pressurized grease can flow through lines, nozzles and fittings of grease-dispensing systems.

This is the ability of a grease to withstand the effects of water with no change in its ability to lubricate. A soap/water lather may suspend the oil in the grease, forming an emulsion that can wash away or, to a lesser extent, reduce lubricity by diluting and changing grease consistency and texture.

The depth, in tenths of a millimeter, to which the cone sinks into the grease is the penetration. A penetration of 100 would represent a solid grease while a penetration of 450 would be semifluid. The NLGI has established consistency numbers or grade numbers, ranging from 000 to 6, corresponding to specified ranges of penetration numbers. Table 1 lists the NLGI grease classifications along with a description of the consistency of how it relates to common semifluids.

This is the ability of a grease to resist a chemical union with oxygen. The reaction of grease with oxygen produces insoluble gum, sludges and lacquer-like deposits that cause sluggish operation, increased wear and reduction of clearances. Prolonged exposure to high temperatures accelerates oxidation in greases.

High temperatures harm greases more than they harm oils. Grease, by its nature, cannot dissipate heat by convection like a circulating oil. Consequently, without the ability to transfer away heat, excessive temperatures result in accelerated oxidation or even carbonization where grease hardens or forms a crust.

Effective grease lubrication depends on the grease's consistency. High temperatures induce softening and bleeding, causing grease to flow away from needed areas. The mineral oil in grease can flash, burn or evaporate at temperatures greater than 177°C (350°F). This is why it is imperative to have a quality high-temperature grease for this type of environment.

If the temperature of a grease is lowered enough, it will become so viscous that it can be classified as a hard grease. Pumpability suffers and machinery operation may become impossible due to torque limitations and power requirements. As a guideline, the base oil's pour point is considered the low-temperature limit of a grease.