The Power of Using Multiple Technologies for Machine Inspections 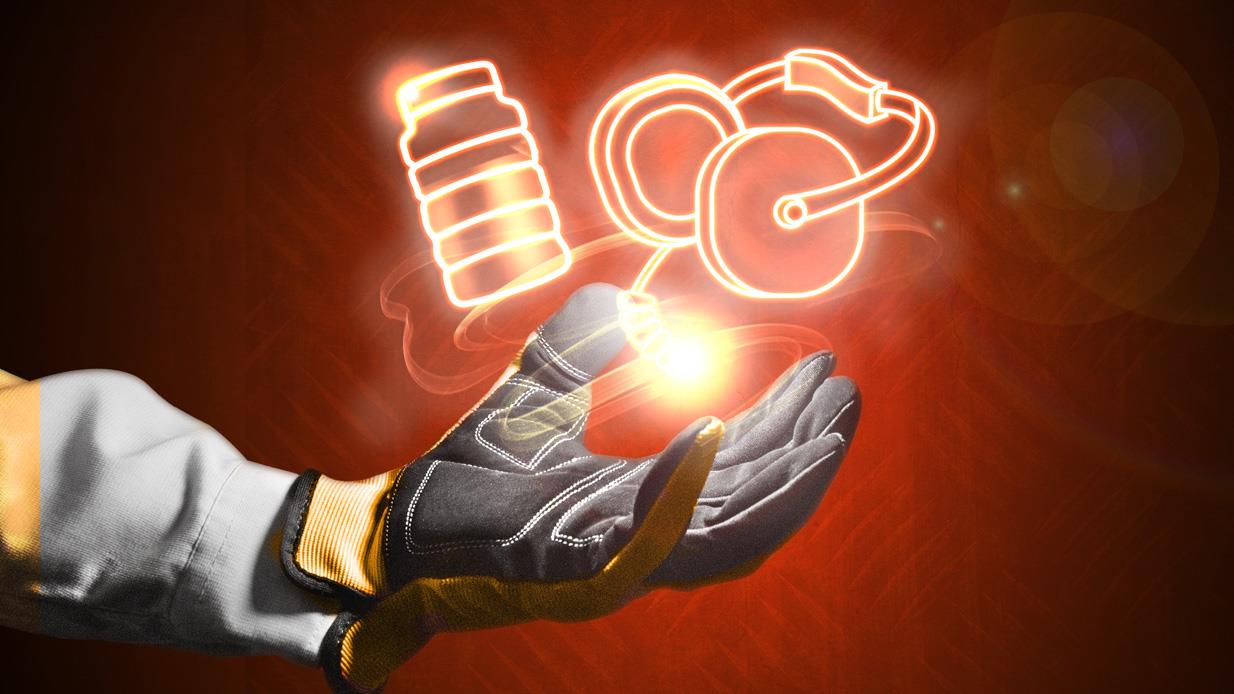 Both oil analysis and vibration analysis are powerful tools when employed to identify defects in rotating machine train elements such as bearings and gears.

However, if used together, these tools can become even more beneficial. When the oil analyst and vibration analyst compare notes, use one another’s findings to complement their own analysis, and present a cohesive picture of asset health, it creates a more complete analysis of the asset’s condition and instills confidence in the asset owner.

However, when the two analysts do not compare notes and present their results independently, the opposite effect is often produced. The asset owner may become confused or frustrated with the apparent lack of coordination or confusion caused by reports with apparent conflicts.

This article will provide both good and bad examples of the coordination between these two powerful inspection methods so analysts and asset owners alike can see what to do and what not to do in certain situations. Figure 2. High ISO cleanliness
codes for more than a year Figure 8. Impacting and looseness
in the vibration signature

The Premise of Technology Interaction

The basic premise of multi-technology inspection programs is that more than one method should be used to confirm or corroborate the findings of another inspection method.

For example, within the field of vibration analysis, when the spectra indicate shaft misalignment, the analyst can use phase analysis to validate the data in the spectra.

Likewise, when the vibration signature indicates an electrical fault in the rotor of an AC induction motor, online and offline motor testing should be used to corroborate the vibration analysis findings and provide a more in-depth analysis into the nature of the problem. Never have two inspection methods been better suited to complement each other in the validation of rotating machine train defects than have vibration analysis and oil analysis. For many bearing and gear faults, when one technology detects an issue, the other should as well.

The findings should also be presented together to form a cohesive narrative about the nature of the problem. Typically, it does not matter which technology was able to find the defect first. In many cases, it will alternate back and forth as to which technology initially discovers the fault.

When oil analysis identifies wear metals in the oil, vibration analysis should be spotting the defect as well as any mechanical forces that might have produced the wear, such as misalignment or imbalance.

If oil analysis has been reporting excessive contaminants in the oil for more than a month or two, then vibration analysis should be detecting wear on the bearings and gears as well. The reverse would also be true. If the vibration signature is showing bearing or gear defects, then the oil analysis results should reveal signs of wear metals in the oil samples.

If these complementary conditions are not being found, then both analysts should question whether representative samples of either the lubricant or the vibration signature have been captured. The only caveats would be when contaminants in the lubricant have just appeared and have not had time to produce any significant abrasive wear and therefore have not been seen in the vibration signature, or when subsurface fatigue occurs in bearings where no material has been liberated from the surface of the races and cannot be detected in the oil sample.

Regardless, if these exceptional conditions exist, the analysts should be stating it in their reports to the asset owner.

In the following example of poor interaction between oil analysis and vibration analysis, the trend plot offered by the oil analyst showed iron content in the oil samples as being high and rising for four months (see Figure 1). The analyst commented that the ferrogram revealed cutting particles, indicating abrasive wear in the gearbox, and recommended that the unit be checked for misalignment and high vibration. At the same time, the vibration analysis for the same unit found no identifiable defects.

Is there actually a problem in the vibration signature that the analyst did not recognize or catch? What does misalignment have to do with abrasive particles in the oil? Why did I not get a picture of the ferrogram showing the cutting particles? Why did the two analysts not talk before they submitted their reports so I do not have to make the connections for them?

In a second example, the trend plot from the oil analyst showed the ISO cleanliness code of the oil samples as high for more than a year and steady over that time period (see Figure 2). The analyst recommended that the unit be checked for the source of contaminant ingression and that the lubricant be filtered to a greater degree. On the other hand, the vibration analysis for the unit revealed no identifiable defects during the past year.

These findings should have also raised questions for the asset owner, such as: How can the oil be dirty (in alarm) for more than a year and not cause a mechanical problem? Did the analyst not recognize or catch a problem in the vibration signature? Are the ISO cleanliness alarms set too tight?

In another example of poor interaction between the two technologies, the trend plots provided by the oil analyst showed the iron content and ISO cleanliness codes of the oil samples as being high for more than eight months (see Figures 3-4). Meanwhile, the vibration analyst only reported leaking seals on the gearbox (Figure 9) and no mechanical defects.

A reliability engineer might wonder why the two analysts did not mention that leaking seals allow for the ingression of contaminants. This could have been the perfect opportunity to mention this link and help the asset owner understand the importance of fixing the leaks. The asset owner might also question the reason for concern if the leaks and dirty oil are not causing any other problems.

For a final example of poor interaction, consider the trend plots presented by an oil analyst that showed the ISO cleanliness code in the oil samples as being high for more than 16 months (Figure 5), while the vibration analyst reported intermediate gear wear (Figure 6).

These results likely would have prompted a number of questions from the asset owner, such as: Are these two conditions related? Where are the analytics on ferrous wear? Are particles in the oil contaminants causing the gear wear or are there wear particles from the gear wear? If the oil is not dirty, what caused the gear wear? Why did neither analyst discuss the implications of the other findings?

In the following example of proper interaction between oil analysis and vibration analysis, the trend plots from the oil analyst showed a high iron count in the oil samples for more than 16 months (see Figure 7). The vibration analyst reported impacting and looseness as well as a possible problem with a thrust washer (see Figure 8).

From the perspective of a reliability engineer, this was a well-reported defect. Both analysts referenced the other’s findings, and it was apparent they had communicated and likely discussed the results before submitting their report. Although the analysts did not state that one condition caused the other, they indicated the high probability of such an occurrence.

In conclusion, both oil analysis and vibration analysis are powerful inspection methods that are capable of identifying faults that the other cannot. However, there are also many defects with bearings and gears in which these technologies should be in lockstep. When they are, confidence in the inspection process grows and the asset owner can be more certain of the right action to take.