How to Prevent Equipment Failures with Wear Debris Analysis 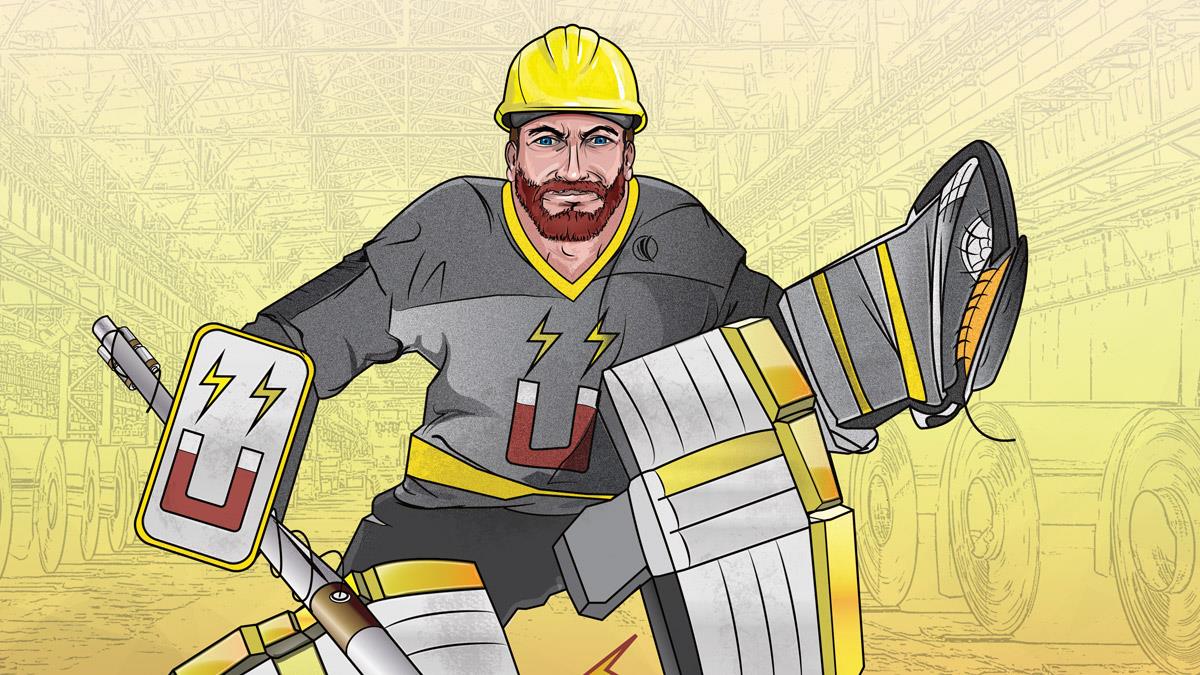 Lubricated components fail for a variety of reasons. These reasons can be categorized based on the type of failure, specifically early failures, random or event-dependent failures, and condition-based failures.

An early failure event may be the result of inadequate lubrication. When a system is at rest, unless the bearing has hydrostatic lubrication applied, the sliding surfaces will be in contact.

As the components begin to rotate, the surfaces remain in contact until the lubricant film is established.

During this time, the highest incidence of failure persists. As a film is formed and surface-active additives begin to protect, a lubrication regime is established. Prior to this occurring, surface asperities and particulate will contribute to surface wear and possible part failure.

When there is an imbalance or non-uniform tolerances between part surfaces or the wrong materials or components are used, there is the possibility for premature wear. Poor maintenance practices, workmanship and installation can all lead to an early failure event. Various particles can indicate these scenarios.

Another failure class is random or event-dependent. These types of failures can occur at any point during the system’s life cycle. They are caused by too much speed or overloading a component.

As speed and load increase, there is an opportunity for the sliding or rolling surfaces to come in contact, generating heat, as well as for particulate to contact the surfaces. In both situations, the surfaces and particles produce wear.

Condition-based failures are primarily due to contamination – both internally generated from wear debris (normal or accelerated) or external sources such as dirt or processed product.

The contamination can also be liquid or gas. Gases like hydrogen sulfide or pure oxygen can produce severe corrosion, which generates wear particles. Liquids such as fuel and coolants will contribute to system failures in engines.

Water is the most prevalent contaminant that causes metal oxidation and lubricant degradation in oil-lubricated systems. These fluids compromise the viscosity of the oil, resulting in surface contact or oxidation product development. This leads to an increase in the opportunity for failure.

Each asset has a lifespan. Often it isn’t until premature failure occurs that an in-depth investigation will ensue. Whether inadequate lubrication, component defects or poor maintenance practices are to blame, routine oil analysis combined with wear debris analysis can indicate a pending failure. When to Perform Wear Debris Analysis

The lubricant can provide insight into what is occurring within a system without having to disassemble and inspect the machinery. Prior to an oil sample being drawn for wear debris analysis, it is prudent to consider overheating, vibration and high system pressure. These may indicate if the oil should be analyzed for wear debris.

Once an oil sample is tested, certain indicators will encourage the use of wear debris analysis. The first indication will be an increase in wear metals like iron, aluminum and copper. Second, check to see if there has been an increase in the particle quantifier index (PQI). The PQI is a test that measures the distortion of a magnetic field applied to the sample while still in the bottle.

Used to quantify ferrous particulate, it is beneficial when utilized in conjunction with the wear metal concentration. The test has limitations, as it does not measure nonferrous metals, and a single large particle reads like many smaller particles. When the PQI is lower than the iron levels, chances are there are no particles larger than 10 microns.

If the PQI increases dramatically while the iron levels remain consistent or decrease, larger ferrous particles are being generated. This increasing trend should trigger ferrography or wear debris analysis.

Ferrography can be direct reading or analytical. In direct-read ferrography, a magnetic sensor measures ferrous particulate up to 200 microns. The results are reported in DS (less than 5 microns) and DL (greater than 5 microns). The ratio between the two indicates the severity.

Direct-read ferrography is excellent for trending ferrous wear particles and is often used as a screening tool for analytical ferrography, which explores the shape and size morphology of the captured particles.

In analytical ferrography, a slide is produced with the aid of magnets to separate wear debris and arrange particles according to size. A microscope is used to identify the type of generating wear mode based on the particle’s shape and size.

There are three main categories of wear particles: fluid or particle wear, sliding/rolling/impact wear, and chemical wear. The table above summarizes these categories and lists the mechanisms of each.

Abrasive wear particles are typically formed from the cutting of a hard, sharp particle or from severe sliding. They can also form as a result of a bearing or gear misalignment. Two-body abrasive wear may be due to a misalignment or an asperity of a harder metal component, which allows gouging of the opposite rotating softer metal.

Three-body abrasive wear is often caused by foreign particles in the oil. The harder dirt particle imbeds itself into a softer metal and gouges away metal from the rotating component. These wear particles are referred to as cutting, gouging, ploughing or scratching particles.

Abrasive contamination can generate cutting wear particles that are long and curly, with length-to-width ratios ranging from 5-to-1 to 50-to-1. A common abrasive particle would be sand or dirt. Sand is made of silicon dioxide, while dirt is generally ferrous or aluminum oxides with organic material.

These sand and dirt particles usually are induced through a compromised breather element or through seals, O-rings, gaskets, etc. They may be transparent, translucent, opaque, crystalline or a birefringent material.

Erosive wear particles are generated by the loss of material due to the repeated impact of hard particles at a high velocity. Often the extent of erosion varies by the velocity, angle of inclination, particle type and concentration. This occurs in pumps, valves, nozzles and even elbows.

Cavitation involves the removal of material by repeated implosion of bubbles near or on the metal surface. The bubbles produce violent shockwaves that fatigue the surface until material is removed. This is common in pumps and journal bearings.

Polishing is the continuous removal of material on one or more surfaces by very fine abrasive particles. It creates a shiny, mirror-like surface. The width of the groove (or scratch) generated by the abrasive is generally 5 to 10 percent of the grit diameter.

Adhesive wear occurs when excessive speeds, temperatures and loads allow metal-to-metal contact. As the two surfaces meet, the metal welds together. The metal surface may appear scuffed or scored with uneven metal chunks attached to it. Adhesive wear from severe sliding normally involves rectangular particles with striations parallel to the direction of elongation.

In its mild state, adhesive wear is known as “frosting” and is typically not a major concern. In the severe state, substantial material may be removed as a result of metal-to-metal contact. This is sometimes referred to as sliding wear or galling.

Spalling or fatigue wear is seen when loading or contamination is heavy. Maximum sheer stresses occur below the rolling contact surface. This creates a pit or dent, also known as a spall. It begins as a crack below the rolling surface and propagates over time to the point where metal particles are generated from the fatigued surface.

The particles typically are round spheres and may appear as black circles with shiny centers under a microscope. They usually are 5-10 microns in size, indicative of bearing fatigue prior to a spalling condition. The spall site produces a weakened state on the surface, and failure can ensue.

Fretting corrosion wear occurs between two surfaces as a result of small amplitude oscillations. These oscillations generate oxide debris, which has the appearance of rust or corrosion, hence the term “fretting corrosion.” Under microscopic analysis, the particles are characterized by a red oxide color and a uniform pattern.

Another form is a complex type of wear that arises in static, oscillating systems. This also takes place in concert with corrosion. The combination of abrasion from wear debris particles with oxidative corrosion is sometimes called false brinelling due to its similar appearance to small-scale plastic deformation. This frequently is seen in idle equipment that is subject to vibration from transportation or adjacent equipment.

Corrosive wear is caused by an acidic attack on the equipment’s internal surfaces. It creates a layer of corrosion products that are subsequently removed by the sliding action. This is not a wear mechanism from a mechanical process, but rather a chemical process.

The particles, which are normally less than 1 micron in size, will align themselves on the outside edges of a ferrogram. The surface wear pattern is usually even and uniform.

In conclusion, wear debris analysis is a valuable tool that can complement an in-​service oil analysis program. While it may not be necessary for all assets, critical equipment can benefit greatly from this type of testing.