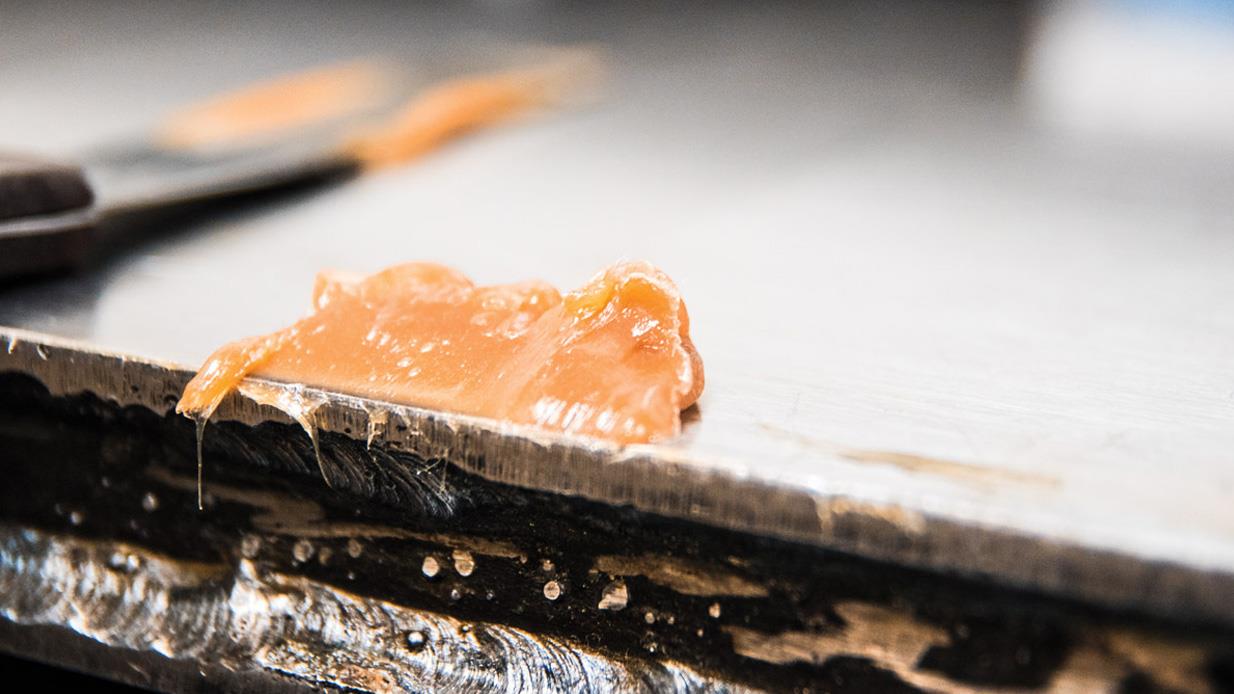 Many years ago, while venturing out into a power plant to take my first oil samples from plant machinery, I was accompanied by a seasoned mechanic. He was there to ensure I didn’t do anything detrimental to the machine in my sampling efforts and to top off any reservoirs that were low following the sample being taken.

With my dip-tube and stand-off rod method, along with the large, accessible oil-fill cap in the motors, I was able to take most of the samples without a significant drop in the oil level. However, one was close to the lower limit before the sample was taken, so we agreed that it should be topped up.

The mechanic looked around and spotted a bucket sitting near the motor. I asked if it was appropriate for that bucket to be used to get new oil to top off the level. Wouldn’t it be a bit dirty? The mechanic agreed, pulled a rag out of his back pocket, wiped the inside of the bucket and proceeded to the lube storage room to get his top-up charge of oil.

We now know better and realize that the debris in that bucket was going to be flushed into the motor and cause damage to the bearing. The debris undoubtedly contributed to abrasive and fatigue wear, and the life of that bearing was irreparably harmed.

Today, the recognition of the damage and machine life reduction produced by dirt and moisture contamination has led to an entire industry focused around keeping oils clean. Protecting oil supplies, filtering them when they get dirty and preventing contaminants from entering machines while they are in operation are proven strategies to extend machinery life.

The mechanic wiping the bucket with his rag had no way to know just how dirty his bucket really was, relying only on his vision as a measure of cleanliness. Therefore, we monitor the effectiveness of our filtration and exclusion efforts through careful oil sampling, particle counting and moisture analysis. Top reliability programs not only sample oil from their machines but also check the cleanliness of new oil supplies, transfer containers and the quality of oil while it is being remediated through filtration and separation technologies.

It’s understood that particles in oil lead to bearing and gear abrasion, three-body cutting wear in plain bearings, and surface fatigue through particle denting in rolling-element bearings. A study by the National Research Council of Canada assigned 80 percent of bearing failures to particle-initiated failure modes across several industries. In addition, high water levels in oils contribute to corrosion, loss of lubricating film strength and impeded function of vital additives.

But what about grease? Hard particles in grease are similarly introduced to bearing and gear surfaces, resulting in the same failure modes. High moisture levels in greases can also impact lubricating films and interfere with grease and additive functionalities. Is anything being done about this?

Perhaps grease cleanliness gets little attention because the problem is not obvious. When severe moisture levels are present in oil, the oil becomes cloudy or separates into a free water phase. Even high dirt concentrations, if left still in a clear container to settle, will become apparent as a deposition layer, although the individual particles may not be visible.

On the other hand, grease keeps its contaminants in suspension within the thickener matrix, hiding even severe cases of contamination from our eyes. Grease analysis is mostly an afterthought, a tool only used in the most specialized cases. Figure 1. Particle levels in new greases (green),
from grease guns (orange) and from the machine (blue)

Nearly 15 years ago, the U.S. military recognized the flight safety impact of greases and placed requirements to protect the performance of their assets. Two standards (Mil Spec MIL-G-81322 and MIL-G-81937) were developed for aircraft and instrumentation greases. The particle cleanliness for aircraft greases was established at a very low level, while the instrumentation greases’ level was even lower.

“Deployed” grease refers to a grease that has been removed from its original packaging but not yet placed into a machine housing or component. This includes grease in an auto-luber reservoir or loaded into a grease gun awaiting transfer to the machine.

Figure 1 shows the initial results of this study, presenting the particulate content in milligrams of debris per gram of grease, of particles greater than 10 microns. An approximate equivalent for the Mil Spec aircraft grease requirement would be approximately 0.1 milligram per gram.

Of the greases tested, only two in their new packaging met this target, while seven others failed. Some were close, but others had nearly 100 times this amount of particulate. The new packaging samples are highlighted in blue, showing values ranging from 0.07 to 8.5 milligrams per gram for particles greater than 25 microns.

When there is too much particulate in your oil, the course of action is clear: filtration of the lubricating oils Figure 2. Moisture levels in new greases (green), from grease guns (orange)
and from the machine (blue)

through the application of multiple technologies. However, when you have dirty greases, the path forward is not so clear. Grease cannot be filtered effectively after formulation for two main reasons. Mixing and flow of a fluid is necessary when introduced to a filter to ensure uniform opportunity to remove particulate from the fluid, which is not typically achievable with grease.

Secondly, normal filtration methods generally disrupt and break down the grease’s thickener, which is designed to give it consistency and keep it in place within the machine. Therefore, you must ensure the cleanliness of greases in their manufacturing, packaging, handling and introduction to the machine.

While in the machine, you must use effective seals to keep out contaminants or utilize a strategy of grease purging to keep the contaminants at bay. Of course, this only works if the grease you use to purge is confirmed to be clean.

In addition to particles and the damage they can do, you must consider moisture in greases as well. When high moisture is present in oils, phase separation or cloudiness allows you to see these very high levels.

However, the same clarity seen in dry oils is not present in greases. As moisture levels increase in greases, these high levels are not always visually obvious.

As Jim Fitch pointed out in a recent Machinery Lubrication article, “... it takes only a small amount of water (less than 500 parts per million) to substantially shorten the service life of rolling-element bearings.”

Using this as a guide, we find that out of 22 greases tested in this same cleanliness study, only one met this criteria for dryness. Most greases showed moisture levels higher than 1,000 parts per million (ppm), with the wettest greases in the study having more than 10,000 ppm.

Not all greases are equally affected by moisture, and the grease types that showed the highest level in this study have been cited to be less sensitive to the effects of higher moisture levels. However, it is interesting to note that one grease saw its moisture concentration cut in half (from nearly 15,000 ppm to almost 9,000 ppm) after being placed in service within the machine.

Even so, it may not be a good strategy to use your machines to dry out greases. Perhaps the first steps would be understanding the moisture levels your new and stored greases are starting with, then working with your suppliers and improving your storage methods to reduce the initial moisture levels as low as possible. By doing so, you stand to gain substantial increases in bearing life and grease performance.

Perhaps it’s time to take the focus on lubricant cleanliness, which has been applied so effectively to oil, and expand it to include grease. Many of the tools that work for oil, such as filtration and moisture removal technologies, aren’t readily applicable to grease. However, there are several things you can do to improve grease cleanliness, starting with taking the required measurements to determine just how clean (or dirty) your current grease supply is.

While a continued focus on oil cleanliness remains important, the next logical step in making substantial gains in equipment reliability and life extension may be achieved by taking a closer look at the contaminants hiding in your greases.