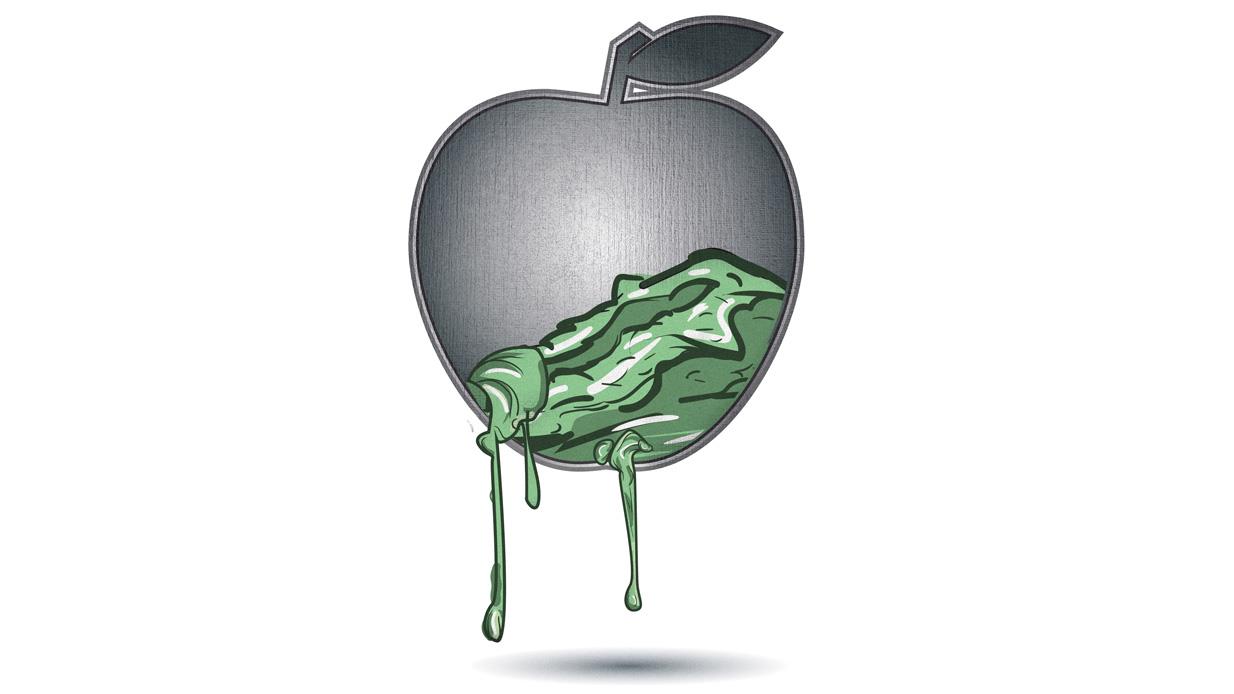 While helping a pharmaceutical manufacturer address deficiencies in its lubrication program, I realized one area that needed attention was the variety of grease guns in the hands of the lubrication technicians. Various styles were in use, and there was a wide range of delivery volumes.

The first step was to gather this motley collection of tools and choose a new standard grease gun for the company. We settled on a quality gun with a clear tube to allow users to view the type of grease that had been loaded into the gun. We calibrated the gun by measuring the delivery rate per pump.

Thinking we were well on our way to lubrication nirvana, I was surprised to receive a call that there was a problem. The new grease guns were leaking. The techs were finding puddles of red oil in the bottom of their toolboxes, and the new grease guns were the source. Even the clear tubes were stained with oil leaking outside the tube.

We knew the proper procedures for storing grease tubes. Before being opened, when the grease tubes are still in their cases or stored on the shelf, they must be kept with the plastic cap up and the pull-tab down.

The plastic cap is not a sealing surface. When oil invariably separates from its thickener, the plastic cap is a pathway for oil to migrate away from the grease. What we failed to realize, especially for greases that easily separate, was that the orientation of the grease gun mattered, too.

Gravity, shearing and vibration are all forces that can separate oil from a grease thickener. It happens in a machine when moving parts shear through the grease to release oil into contact points.

It happens in machines subject to high vibration, when the increased rate of separation prompts you to relubricate these locations more often. And it happens when gravity works on a stationary grease to draw oil to a low point. If that low point is not a sealing surface, oil can leak away from the machine, grease tube or even a grease gun.

Grease is sticky. We apply it to bearings, gears and machine surfaces specifically because we want it to stay in place. We know that oil gets flung around by the movement of the machine. When the movement stops, gravity takes over and the oil finds its way to the bottom.

However, just because grease is stickier, you can’t ignore the effects that gravity has on it. You need to have a strategy to address the three key ways that gravity can defeat your grease lubrication efforts.

Releasing Oil Before Its Time

Having performed many lubrication audits over the years, I have encountered the dreaded “soaked box” effect many times. The soaked box is the cardboard case that holds a number of grease cartridges.

If not properly cared for, it can find its way into your grease supply with a healthy coating of oil absorbed into the cardboard. At first glance, it doesn’t look quite right, but perhaps this effect is ignored because we don’t understand the mechanism at play or realize how much it can affect the grease’s performance.

Grease is made up of mostly oil. In fact, most greases are 70 percent oil or more. The ratio of oil to thickener is very important in the performance of the grease. Not only must grease stay in place, it must be able to get out of the way of moving parts and slump back into contact with them as they move.

This careful balance is ensured by selecting the proper NLGI grade of grease for a given application. If the grease is too firm, it may not flow adequately in the space to which it is pumped.

There is also an effect called “channeling” or “tunneling.” This occurs when a grease loses its “slumpability” and no longer flows back into contact with the moving parts. A contributor to channeling is a change in the ratio of oil to thickener. If even a small amount of oil is allowed to bleed away from the grease, this changes the consistency and can increase the likelihood of channeling, starving the machine of the oil and additives it needs.

When oil stains appear on the packaging of grease cartridges or puddles near the area where they have been stored, there is a chance this grease will not behave as required, and the life of the machine may suffer. Therefore, you must recognize this as an unacceptable condition and remove such compromised cartridges from your grease supply.

More importantly, you must find the source of this separation and oil loss, and change the conditions that led to it. Often, this is a training and awareness issue, as the grease has passed through many hands before it finally ends up in the machine.

Some grease cartridge packaging includes labels and arrows to indicate “this end up,” which can help, but reviewing the storage practices at the distributor, shipper, receiving dock and central lubricant storage area may be necessary to eliminate practices that can lead to drying out the grease supply.

Have the Bullets Fallen out of Your Gun?

When deer hunting with my family, my father always preached gun safety. This meant unloading the chamber when encountering obstacles, including climbing into a tree stand, to make sure the gun couldn’t misfire. This also meant you had to remember to load a bullet back in after safely being in position.

Unfortunately, for one member of my family, the click of the trigger pull was not enough to get that first deer. It might as well have been a flag coming out the end of the barrel that read “Pow.”

Is it possible to load a grease gun but then not have the needed ammunition to complete the task? If the gun is not stored correctly, the same separation issues that can happen to a cartridge can take place after the grease is in the gun. Grease guns frequently end up at the bottom of a toolbox, lying on their sides.

Not only is there a risk of damage to a device that can generate more than 10,000 pounds per square inch of pressure, but the conditions for leakage are created with the cartridge in this position. Although there is a lip seal against the inside of the cartridge, most guns are stored with spring pressure against the grease to feed it into the pumping mechanism.

Separation occurs due to gravity and the spring pressure. The oil is then able to flow through the lip seal and to the end of the gun, where the rod exits the gun through a fairly large hole. Invariably, guns stored this way show evidence of this separation with puddles of oil in the toolbox drawer. Releasing the spring pressure reduces the separation but doesn’t completely eliminate this effect.

Some companies have improved the storage of their grease guns by installing racks from which to hang them. However, these installations often get one key consideration wrong. If the head of the grease gun, where the pump is located, is facing up, then the hole in the housing is facing down, allowing separated oil to escape. It takes a bit of modification, but if the grease guns can be stored with the head facing down, this path of leakage is nearly eliminated.

How Long Will Oil and Additives Stay in Place within the Machine?

If you have protected the grease in storage with good practices for both the cartridges and the grease guns, and have managed to get the grease into the machine in good condition, your considerations for gravity are not quite over.

Greasing frequency is a function of multiple factors, including aging and oxidation stressors, the rate of contaminants fighting to reach the bearing through the grease, and the vibration the grease experiences, which places additional shearing stress on the lubricant to separate the oil from the thickener. Gravity is another contributor to limiting the life of the grease, as it is a constant downward pull on the grease or the separated oil.

If the grease is in a sizable housing with a solid floor, such as in a horizontal shaft arrangement, the grease and oil will be pulled to the bottom of the housing and be retained. If the shaft is not horizontal, this force piles up grease against a sealing surface and increases the opportunity and rate that the grease can exit under operating conditions.

When calculating the “K” factors for grease relubrication frequency, shaft orientation is considered for this very reason. If gravity increases the rate of loss, the rate of replenishment must be stepped up to ensure there is always a supply of grease in the proper oil-to-thickener ratio to feed into the lubricated contacts.

Grease is often the answer to the effects of gravity. When you have machines that need their lubricant kept close, grease is the choice. Frequently starting and stopping machines are normally designed for grease to counter the effects that gravity can have on an oil lubricant, pulling it down into the housing or reservoir and away from the lubricated parts.

Even though grease does a better job of staying in place, it is still in a constant battle with gravity as it tries to separate the lubricant’s components. Your job is to give the grease a fighting chance. This will help to ensure a constant grease supply and extend the life of your grease-lubricated machines.