The Importance of Sustainability for Transformational Change 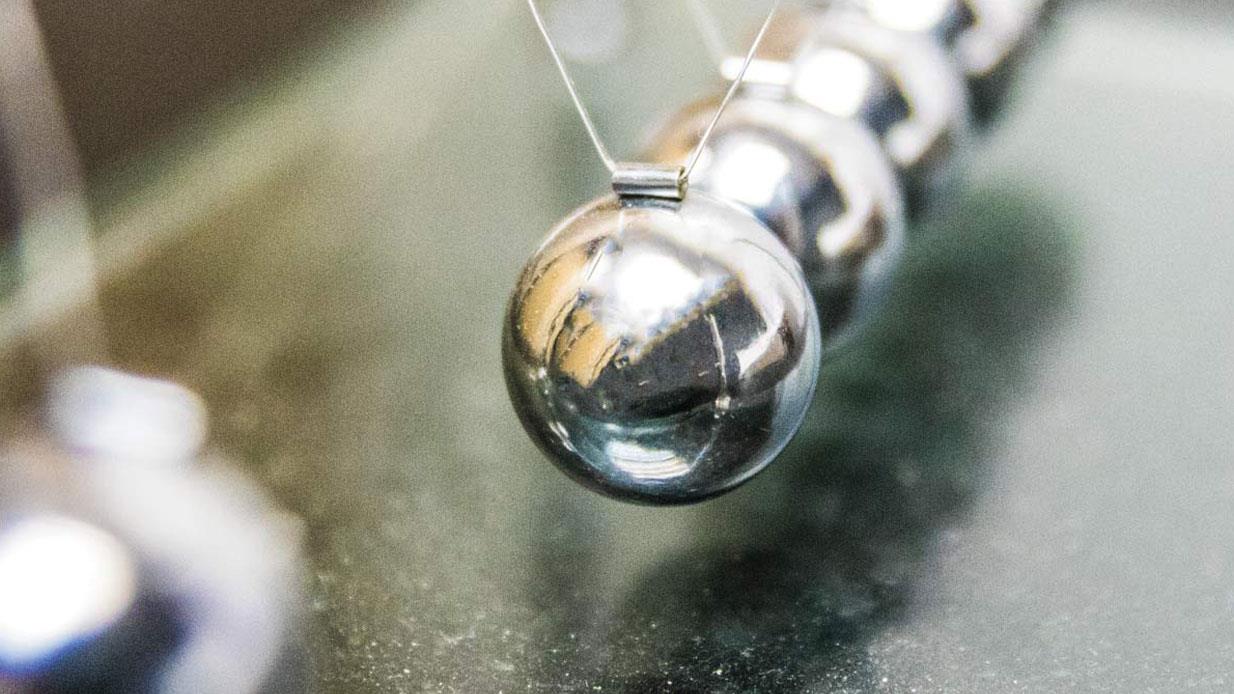 We’ve all seen change that was well-intentioned and purposeful. Yet most examples of change are not sustained over time and sadly cycled back to the ways of the past. The cause of this seems to resemble a powerful magnet that’s imbedded in every organization.

This magnet fights the positive forces of change. As soon as these forces weaken or lose focus, the magnet powers up and takes over. Before long, the business-as-usual beast has made its return.

Does this sound familiar? I’ve certainly seen it, and you most likely have, too. Remember those New Year’s resolutions? We know that all progress depends on change, yet change is not really change without a fail-safe plan to sustain it over multiple business cycles.

The need for this is especially true for transformational change due to the scale and magnitude of the effect on an organization. The process is often referred to as change management. Change must be enabled, and so does sustainability. A Body at Rest Stays at Rest

Sir Isaac Newton’s first law of motion states that a body at rest stays at rest unless acted upon by an external force. If we stay at rest, we are dead. We must take action. The world rewards action. This is the change we seek.

In organizations, this physics metaphor might be called “psychological inertia.” Those who want change and forward motion must boost the propelling force (drive) or decrease the impedance force (friction).

The impedance includes people – and particularly groups of people – who resist change. Of course, some people will be totally sold. Others will be observers who perhaps want to be sold. The challenge comes from those who are there to “play defense.”

Why do many aging lubrication practices remain the same after decades of use? Have we not learned anything knew? The most common response is, “It’s how we’ve always done it.” This inertia to leave common practice unchanged is both the problem and the opportunity. I’m going to emphasize the opportunity.

Some organizations need an intervention. Half-hearted efforts rarely accomplish anything. From where does the critical driving force that advances the ball emerge? Following are a few examples:

This is the basal desire for excellence and constant improvement. Most overachievers are born with this. Some aspire to change because of youthful innocence, education or even new technology. Organizations, however, need great leaders to champion change driven by aspiration.

The greatest change occurs on the edge of chaos. Crisis gives focus, urgency and seriousness to change. It is reactive in nature, like a lifestyle change following a heart attack. In organizations, the crisis might be a serious health or safety event. It might also relate to organizational survivability. Consider that only 60 companies listed in the Fortune 500 in 1955 were still there in 2017.

Change should be purposeful with a solid business foundation. It should also be proactive (why wait for a crisis?). What’s behind opportunity-driven change? For individuals, it could be wealth, greed, promotion, ego, etc. Since individuals own companies and manage company decisions, these same factors apply.

The global economy has never been more intense. Organizations in the business of converting raw materials to end products face this every day. It is called commodity hell. However, the global economy doesn’t provide a level playing field for some companies due to inequality in tariffs, taxes, laws, environmental protection, raw material sources and the cost of labor. In certain cases, this has resulted in the loss of entire industries to other countries (e.g., the U.S. textile industry).

The frictional forces of change are many. Some are innate forces built into an organization’s DNA. Others are human forces that we all face in our personal lives. Figure 1 lists a few of the change-resisting frictional forces that must be overcome. Note, however, that change is more effective if you can reduce some of these forces, not just overcome them.

People gravitate toward what they know and that which gives them comfort. Change is disruptive and annoying. Old habits are hard to break. Most of us know that we should do what we don’t want to do, or like someone once told me, “Do what sucks.” For example, you hate working out because it’s hard on you. So, you should work out because it’s hard on you. Replace the words “working out” with anything else that sucks.

Some associate change with conspiracy, hidden agendas and a threat to their job security. Numerous organizations have faced a succession of cost reductions and downsizings. Some remain lean, while others are cut to the bones. No wonder there is a sense of fear.

Some of us are over-changed. Too many changes too fast can cause distress while trying to keep up with it all. I feel this way about new software updates that get pushed on me at times. I still haven’t figured out the last revision.

It’s human nature to ask why, and we should ask questions. Who are the stakeholders? Who benefits and who does not? More specifically, “What’s in it for me?” (WIIFM). In the end though, winners change what losers want to leave the same. Don’t be a laggard. When the driving forces of change out-push the frictional drag forces against change, the needle will begin to move in the direction of the desired target state. But don’t stop there A Body in Motion Stays in Motion

When the rate of external change exceeds the rate of internal change, disaster is imminent. So, let’s look at the forces that influence a sustained state of change. What forces cause or resist backsliding and a return to the past? I’ll start with a few frictional forces that try to return us to the old business as usual.

The Ground Is Always Shifting

There are several internal and external factors that disrupt common practices. Technology is huge, but there are also process changes, new tooling, staff turnover, new suppliers, aging assets, policy changes and new assets, to name just a few. You must be adaptive to change and stay well ahead of it.

Baby boomers are retiring in droves, but many remain. I’m a baby boomer. The aging workforce can find it difficult to learn new methods and adapt to change. It’s not their fault. They hold dear to tribal knowledge and the conventional practices that they’ve used for years.

The very best managers are usually those who embrace and champion change. They are also the ones who are quick to get promoted. Their replacement wants to stake a claim too and may undo some of the successes of the previous manager. With each management change comes new risk and the possibility that the pendulum will shift in the opposing direction.

These days companies are bought and sold like trading chips. In a few cases, a change in ownership can have a strong, positive impact. Sometimes business culture improves, and there may even be new investment in growth and productivity. In other cases, the merging companies are consolidated, and dismantled business units are sold for parts.

This is its own category, but it also is a subset of each of the previous four categories. Culture starts with a strong, relentless, participative leadership. It has a massive impact on job satisfaction, productivity and the financial success of any business or organization. Conversely, a rotten business culture spreads like an infectious disease and can undermine all improvement efforts.

Now let’s discuss some ways to make change an irrepressible, sustainable force. How do you get an organization to a continuous state of change and then put it on cruise control (constant forward motion)? What are the driving forces to achieve this that are real and reachable by most organizations? There are many, but the following are some of the best:

Work should be done to a consistent and optimized state of quality. This seeks to balance the benefits from work performed (or not performed) against the costs and risks. Basically, change should be a modernized engineering specification to achieve the desired optimized state of maintainability, availability, reliability, productivity, safety, operating costs and environmental protection.

Education and awareness training are critical. Competence makes us comfortable. Ignorance does the opposite. Of course, we must teach the specifics of how tasks should be performed, but greater value often comes from understanding why. The mere fact that education is being provided drives home much of the message of why. People have a basic human need to rationalize the purpose of their jobs. You are more likely to accept or embrace what you understand and shrug off what you don't.

An assessment is the practice of benchmarking an organization against a specific standard of excellence that is precise and definable. Compliance to this standard should be measured or verified. The standard must be aligned to business objectives, standardized work and the change that was achieved. This is done at each iteration of change and periodically reassessed to confirm compliance and continuity (no backsliding).

Change is a slippery slope. Kaizen is how we give it traction. You can’t relapse if you’re always going forward. Never stop advancing the ball. This is kaizen, also known as continuous improvement.

These five elements (anchoring change to business objectives, standardized work, training, periodic reassessments and kaizen) are the driving forces behind sustained change. They also serve as the centerpiece of a modern asset management system. Many of you may be familiar with ISO 55000, which is the new international standard on asset management. It standardizes a framework for managing assets in a way that is structurally similar to ISO 9001 for quality. The same is true for ISO 14000 relating to environmental protection. This framework codifies the manner in which assets are managed against costs, risks, performance and organizational objectives.

When it comes to change, some organizations are way beyond low-hanging fruit. They’re into the hard work of climbing up higher into the tree to harvest the fruit of their efforts. As someone once said, “Most world-class companies don’t realize they are world class. They are too busy and preoccupied with improvement and getting where they are not (up the tree).” I couldn’t agree more.

This article was inspired by Drew Troyer and his teachings on change management.