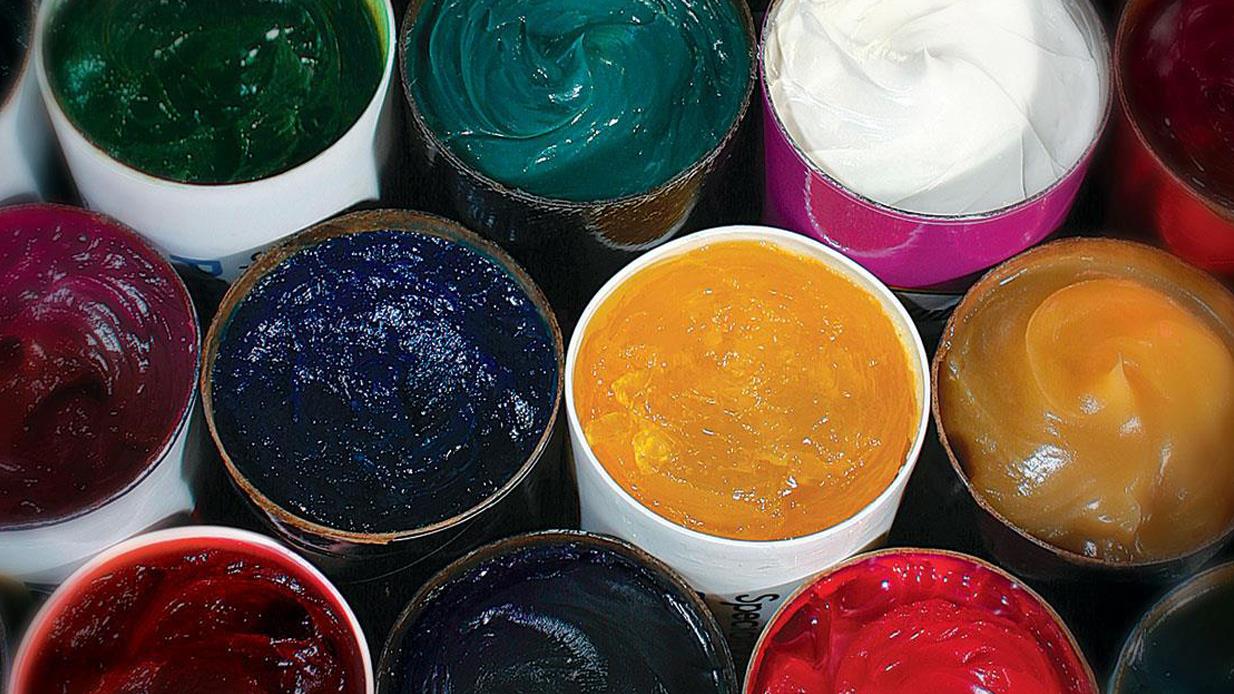 "What would be the potential risks of using a polyurea grease with a synthetic ISO 220 base oil?"

A grease consists of three constituents: the base oil, the additives and the thickener. These formulations are carefully selected and tested thoroughly by grease manufacturers to ensure the combination works well to perform the required function. If a polyurea-based thickener is chosen in conjunction with a synthetic base oil, such as a polyalphaolefin (PAO), there is no compatibility risk to be expected. The viscosity of the base oil is largely irrelevant in relation to the compatibility risks with the thickener.

However, if two greases are mixed, and one has a polyurea-based thickener and the other uses an ISO 220 synthetic base oil, this should not be your main point of risk evaluation. Instead, focus on the cross-compatibility between the two thickeners, the two base oils or the additives in question.

In regard to the compatibility with other lubricants and machine materials, there are several important factors you should consider when selecting a grease. The thickeners should be your first concern, as most are not compatible. This is especially true with polyurea-based thickeners, which are not compatible with most other thickeners. Even two types of polyurea-based thickeners used in two different greases may be incompatible. Therefore, when switching from one grease to another, you should always verify that the two greases are compatible by checking with the manufacturers and/or having a laboratory perform grease analysis compatibility testing. Aside from lithium-based thickeners, polyurea is one of the most common grease thickeners. A normal application for these types of thickeners would be in a grease-lubricated electric motor due to their channeling and high-speed properties. However, it would be more likely to use a base oil with an ISO viscosity grade of 100-150 for such an application. An ISO 220 viscosity grade is customary for general-purpose grease applications where a lithium-complex thickener may be used.

Mineral-based oils are by far the most frequently used base oils in greases. Synthetic hydrocarbon base oils, such as a PAO, are often used as well and have excellent compatibility with mineral base oils, as they both consist of a hydrocarbon structure. On the other hand, synthetics like polyolester (POE) and polyalkylene glycol (PAG) are not usually compatible with other base oils, and much caution should be taken when there is a chance of cross-contamination.