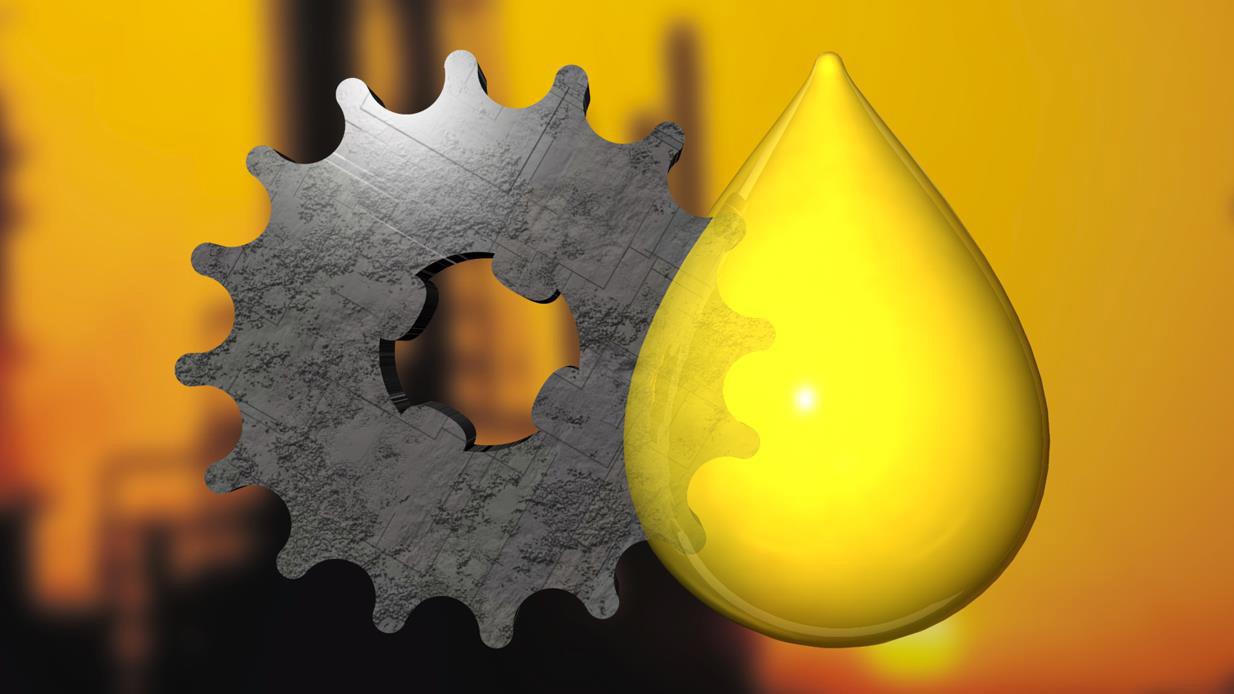 "What are the main parameters for monitoring gearbox lube oil? Our plant has a very low-speed gearbox, and we want to monitor its condition to detect failure symptoms. Is there any relation between a seal failure and the lube oil, such as an increase in the oil’s acid number or wear debris?"

Just as with other mechanical components, oil analysis can help drive reliability and uptime in gear systems. This predictive maintenance technology is one of several available tools that can aid in identifying when failure-related symptoms begin to occur. When you monitor the condition of gear-related lubricants, it will be imperative to ensure they maintain the proper viscosity, sufficient film strength, corrosion control, demulsibility and chemical stability characteristics.

While it may seem overwhelming to identify which oil analysis tests to perform, information on this subject can often be obtained by contacting your oil analysis lab, reviewing online reference sources and participating in technology-specific training.

For gearboxes, the standard test slate should include viscosity, moisture, elemental analysis, particle count, ferrous density, oxidation and/or acid number. Exception tests to perform when an oil or machine failure progression is suspected would involve analytical ferrography, extreme-pressure tests and oil characterization by Fourier-transform infrared (FTIR) spectroscopy. The exact tests may vary based on the type of gear drive and lubrication method, but most applications will be closely related.

Mechanical seals are often integral parts of a component or system. If they are not considered when changes are made to the system, leaks, failure or downtime may occur.

Contamination, both from external and internal sources, is a significant issue with seals. Among the parameters associated with contamination to trend in your oil analysis reports would be the particle count number and the ISO cleanliness code. If your sample results return with continual increases in the particle count and low levels of ferrous material, this may lead to seal damage.

Viscosity is a critical property of any lubricant, yet it often is overlooked with gearbox seals. This parameter is important because the oil must be thick enough to maintain the proper film thickness between the two surfaces but thin enough to flow between the mating gear tooth surfaces. If the viscosity falls out of the specified range, internal contamination due to gear wear is likely. As noted above, this type of contamination can result in seal degradation.

Keep in mind that surface roughness, gear geometry and mating surface materials will also play a role in the life of the seals. However, these constraints are more difficult to manipulate than sustaining lubricant limits.

Although compatibility typically is only an issue when switching lubricants, it is another concern for seal life. Changing the base oil from mineral to synthetic while altering the additive packages that make up the lubricant can have a dramatic effect on the seals. When changing lubricants, consider not only the compatibility between the two lubricants but also how the new lubricant will react with the seal material. Swelling, erosion, blistering, depolymerization and excessive wear are all possible failure mechanisms when seals and lubricants do not function in a cohesive environment.

Finally, while not technically an oil analysis test parameter, temperature is another key aspect to account for with seals. As an oil’s temperature begins to rise, it not only drastically affects the life of the oil but also impacts seal aging. Although temperature is a factor with almost all components, it is not quite as critical in low-speed gearboxes due to the minimized internal friction and churning.