Who Should Be Your Lubrication Technician? 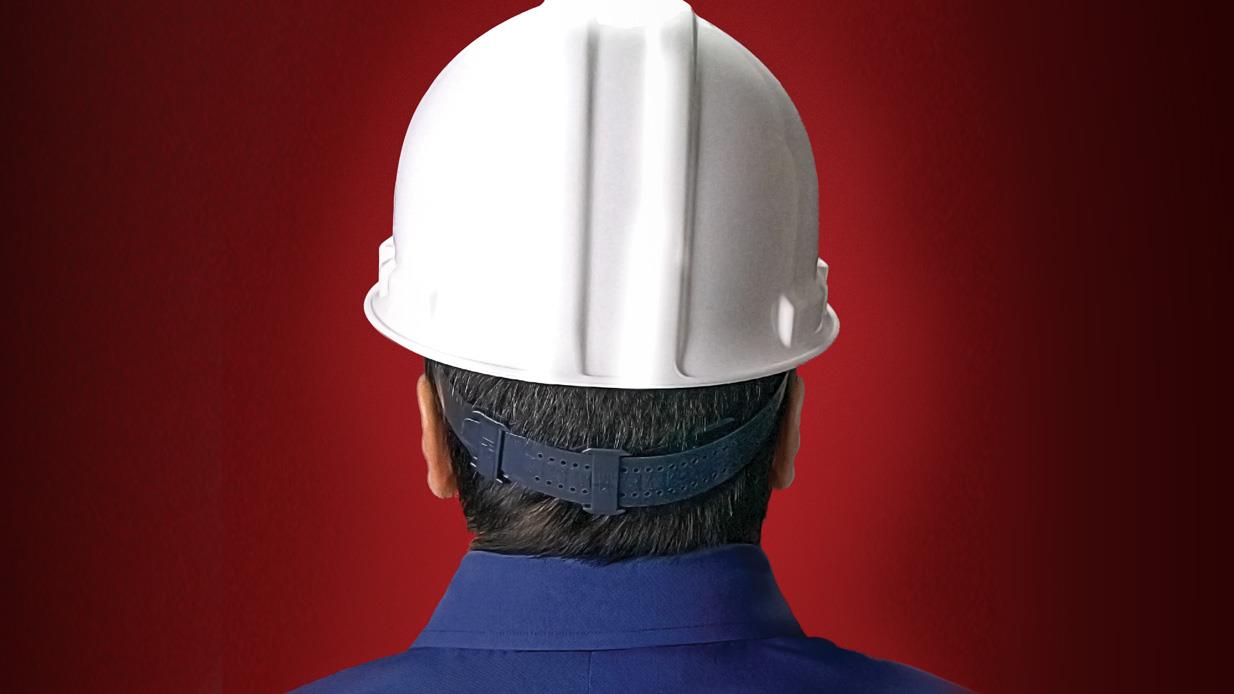 Many industrial maintenance departments put inexperienced people in the position of lubrication technician. They make the mistake of assuming that because lubrication tasks appear to be simple that being a lube tech is simple.

This is supported by human resources (HR) professionals who seek gateways for maintenance personnel and to keep payrolls as low as possible.

This article will discuss the benefits of having a knowledgeable and well-trained lubrication technician as well as the qualities you should look for when filling this key position.

Not a Gateway Position

The work of an industrial lubrication technician is seen by many as a simple job that doesn’t require specific knowledge and therefore is not deserving of a high pay grade.

Because of this, it is often used as a gateway to bring new people into maintenance. The premise is simple: get motivated but inexperienced individuals into the department where they can start to learn about machinery and maintenance skills while the company is able to get production from them as they perform simple lubrication tasks.

The position is also frequently used as a pre-retirement post to entice a seasoned technician who nobody wants to see leave but who no longer wants to endure the physical strain of maintenance work.

Both of these strategies are prevalent in industrial maintenance departments. However, just because something is common doesn’t mean it is the right thing to do.

Lubrication suffers from the fallacy that it is simple. Yes, the task of injecting grease into a bearing is simple and can be taught in a few minutes. Changing oil is even easier.

Untrained people do it on their cars, tractors, motorcycles and everything else all the time. I can see why HR professionals might think that a minimally experienced individual or someone on his or her farewell tour should be your lubricator – they just don’t know any better. Maintenance professionals shouldn’t have that excuse.

The Demand on Industrial Equipment

There’s a significant difference between the demand that’s put on your personal vehicle and the demand that is placed on industrial equipment. For example, a car engine that lasts for 200,000 miles is considered an achievement.

Now, if this engine was averaging 10 miles per hour whenever it was turned on, then this would mean that the car ran for 20,000 hours or 2½ years of non-stop runtime. In contrast, a piece of industrial equipment is still considered new when it is 2½ years old.

A car has its oil changed every 5,000 miles, which is equivalent to 21 days of runtime for industrial equipment, but you expect your plant equipment to last for 20 years or more and go six months to a year between oil changes.

To achieve this long life, you must maintain your industrial equipment differently than the amateur maintains his vehicle.

Lubrication looks easy because most sites do it poorly in that they only do part of the job. Changing the oil and regreasing equipment is the final step in the process and not the only requirement.

There’s a lot of technology in grease and oil, and understanding it well enough to make the right decisions cannot be done in a one-hour lunch-and-learn with your local lubricant vendor.

At a plant where I worked, there was a fan on a glass-tempering line that would dramatically fail at least once a year. We monitored it daily with vibration and infrared, and everything would look great, but then it would suddenly fail and destroy itself.

There were design flaws in the setup of the line that were imposed by space constraints, which violated manufacturer specifications, but this could not be reversed.

Our lubrication technician, who had a Level II certification and was on his way to achieving his Level III certification, was sure it was a problem that could be solved with the correct lubricant application.

We all scoffed at his idea and tried several other solutions. Fortunately for us, he was not deterred and eventually solved the problem by switching to a grease designed for high-stress applications.

This strategy wasn’t on anyone else’s radar and would not have been possible without his dedication to his craft. The savings from that one triumph paid for his salary for as long as the line was in operation.

I don’t think a young kid without any equipment knowledge or a soon-to-retire mechanic who is biding his time until retirement would have been as effective.

There were plenty of other success stories, but this incident was the most dramatic. Our lube tech took us to the point where we were starting to see incipient failures in the oil analysis results before we saw them through vibration readings or infrared inspections.

Now, I may be singing to the choir when I say it takes intelligence, time and dedication to learn how to be a good lubricator, but it also requires a lot of hard work and tenacity to build and maintain a good lubrication program.

I can’t see a program like this being built and maintained by someone with little to no equipment background who is eager to move out of the position and into a better paying maintenance technician role or someone who is looking at retirement in the near future. Of course, there are people in those situations who have done the job well, but I don’t think you can bank on that being the most likely result.

When I talk about oil, I call it the lifeblood of the machinery and emphasize to maintenance technicians the care that needs to be taken when receiving, storing and transferring it. Most people don’t get it.

You can see them transferring oil in an open can that they leave sitting on a shelf in between uses. The effect of even a soft particle like cotton is alarming when it is put under the stress of a ball in a high-speed bearing or between two gears.

So, what do you think all the harder dust particles that float around in the air can do? In most industrial facilities, the inability to sample oil correctly or even to set up proper sampling ports is widespread.

Grease has its own set of complications. It faces greater temperature extremes and is often more exposed to the environment in its application. The possibility of mixing incompatible greases in the field is also a problem that frequently is not even recognized as a risk.

Training people how to manage a lubrication program can be a difficult task when they are surrounded by experienced team members who think they know what they’re doing but don’t.

To get individuals who are at the end of their careers to buy into the premise that what they’ve done for 25-35 years is wrong can be an uphill struggle.

Bringing inexperienced people into the department and asking them to do everything in a new way may offer a better chance of success, but if these individuals self-select out of the position shortly thereafter, it will take a long time to develop a good, sustainable program. Qualities of a Good Lubrication Technician

A good lubrication technician should have knowledge about the equipment. You can’t just know half of the equation. Understanding lubricants is great, but you also need to know what they mean to the machine’s operation for a holistic view of the situation.

It helps if the person is not afraid of getting dirty. This seems to be why many engineers don’t go into the field as often as they get involved in vibration and infrared. It also means that someone from the maintenance crew is a perfect candidate to be moved into this position. However, you need to pull the right type of maintenance person.

I always look for someone who is eager to learn and excited by the application of new knowledge. There is a lot of bench time and computer time when you are learning the details about lubrication.

The properties of additive packages, oil sample data and sampling techniques are just a few examples of the information that must be digested and understood.

Someone who doesn’t find any enjoyment in this, particularly those who earn their living by working with their hands, will endure some very tedious days trying to assimilate this information. It could be torturous for the wrong person, which would be detrimental to the program.

Maintenance professionals are intelligent, but many of them would rather learn by doing than by studying.

Whether you are upgrading your lubrication program or starting one from scratch, you will need to change a lot of habits. Your lubrication technician will be key in this effort.

For this reason, lube techs must be respected by the rest of the department. As they learn their craft, they will be implementing improvements as well as forcing changes in the activities and behaviors of team members. Change, even when it is an improvement, never comes for free.

It takes effort, and the effort required is reduced considerably when there is respect for the source.

It also helps if the lubrication technicians are confident in their abilities. To me, this is one of the great benefits of getting your lube techs professionally certified. It makes them confident in their craft and credible in the eyes of plant management.

Finally, as in almost any key position, you want a self-starter. Setting up and maintaining a good lubrication program will be a long-term process that takes continuous management. It is most cost-effective if your lubrication technicians take the lead in this effort.

After their initial introduction to the principles of good lubrication, they will soon learn which direction they need to go and what they need to get there. This also instills that pride of ownership, which is a powerful motivator.

You want a person in the position to whom you can give free rein. It’s much easier to slow someone down who is trying to go too far and too fast than to always be pushing someone down the correct path.

There are other qualities that can be beneficial, but those mentioned previously are the most important. Don’t default to the common misunderstanding of this being a low-paying job or even that anyone who’s good at “fixing things” can become your lubrication champion.

A good lube program will save you much more than it costs in terms of longer equipment life, earlier recognition of problems and a better understanding of what is being done to your machines. Reward the job commensurately with the value it provides. Put a quality individual in the position and remember that preventing problems is much better than fixing them.

About the Author
William Jacobyansky

William Jacobyansky is the owner of Strategic Maintenance Consortium consulting. He has a bachelor's degree i...